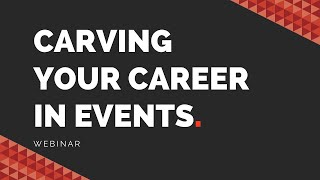 What I learnt delivering the Event Freelancer Summit

What I learnt delivering the Event Freelancer Summit

I thought it would be useful to share my experience and some of the learnings of delivering my first virtual event, The Event Freelancer Summit

From an initial conversation just 8 weeks before the event date, the summit became a hugely successful global virtual event with 20 sessions, 38 speakers and over 800 delegates registered. The agenda was developed according to four guiding principles…

It would have been very easy to deliver an agenda that focussed on the most convenient subjects that came to us or for us and contributors to talk about working in the event industry, or even about the challenges of being a freelancer, but we wanted to engage with the wider industry and give a platform to companies and individuals to offer valuable advice, guidance and information, and maybe even a space for debate and discussion.

The agenda and its tone was key to us, and for that reason almost every session was motivated around a question, questions that came from discussions we had with freelancers all over the world, from company directors and heads of depts, these questions were important to people from all aspects of our industry.

Next was to consider the lineup of speakers, this was important to guarantee integrity in the level and transparency of the debate and answers that came from them. We leveraged our networks to approach speakers who had experience in the areas, and in one or two cases we were approached by people in the industry who, having seen our agenda, wanted to speak on a particular topic. The mix of agenda topics and speakers started to give us a good feel about the direction. We also knew we were onto something when every single speaker we approached said yes to taking part without any hesitation, resulting in some high-profile speakers including Simon Hughes & Caroline Jackson from BVEP, Michael Whyrley-Birch of TRO, Andy Lenthall from the Production Services Association, Heads of global agencies, Board members of global associations, and numerous other freelancers and executives from all areas of the industry.

Next came the choice of platform to host our global summit. Having experienced the numerous domestic and corporate video conferencing tools the world had become addicted to this year we knew that we needed something different to develop the community and networking aspect of the summit. It was around this time, 6 weeks before the event date, that we were introduced to Simon Latter from PSA Audio Visual. PSA worked closely with a platform called Remo, which proved to have all the usual functionality including audience chat and polls etc, but also a networking function that is live throughout the event, offering a delegate experience that emulates key aspects of the way a delegate might attend a live event. Having seen a demo and taken part in a couple of events, we decided that this was the way to go.

Ajay Parekh (Co-Director of summit) is based in Hong Kong, so we conceived, planned and delivered the event separated by location and timezone making for some very long days and nights playing tag team on the summit design, content and elements. As the summit agenda was being refined with the contributions of each speaker and checking that every presentation focussed on freelancers we moved our attention to audience generation.

For the registration process, with the benefit of hindsight, we would have chosen differently. For a number of practical reasons we chose to run the registration through Remo, the first of these being that keeping the registration process within the webinar platform ensured we were not working across multiple systems, and secondly by directing delegates to sign up using the platform meant that they already had the URL of the event for when we were live.

However, we quickly learned that the Remo system did not give us the delegate breakdown information we needed. With the option only to register name, title and email address and to sign-up for the entire event, we were not able to develop a deeper understanding of our delegates' attendance needs by asking them to sign up to specific sessions or groups of sessions, to understand the location from which they were signing in or to understand more about their business. As a result, we did not know in advance which sessions were going to be the best attended, or understand more about delegates needs so we could tailor our content accordingly. Something like Eventbrite would have given us more information and therefore been more useful.

That being said, within 48hrs of the launch of the summit we had over 160 registered attendees, and throughout the few weeks leading up to the event we continued to see a steady increase in numbers right up to the day of the event, when we reached our limit of 800 delegate registrations for the event. This was definitely helped by the speakers sharing the event to their networks following our rehearsal sessions the week prior.

One of the key considerations for an online event, as with any other, is the need for rehearsal time. Knowing that this was a new platform to almost everyone involved we scheduled a series of drop in sessions where speakers could have a basic orientation of the webinar platform and process by which they are called from the networking area to the ‘green room’ and then onto the ‘stage’. Like all rehearsals, we solved problems we did not know we had and helped reassure us and the speakers how to get the best out of the platform. We were also reminded that it is often the basics in stage management and presentation approach that needs the most attention, in this case often the way a speaker was set up at home with laptop setups, firewalls, choice of microphone or use of lighting made all the difference to the quality of hearing and seeing the presenters.

On the summit day itself I was based at PSA in North London with Simon and their engineers, and Ajay was in his apartment in Hong Kong. Having the support and guidance of PSA who knew every aspect of the platform and understanding our brief became one of the key success factors for the summit - we could not have delivered a summit with 38 speakers, 20 sessions and 800 delegates and all the content that involved, whilst also presenting the intros, chairing the sessions and managing the social media live on the day, without the help of others. We did everything else ourselves in the build-up to the event, but having a team to support the technical delivery of the platform and a dedicated social media management on the day was key, and must not be under-estimated.

We worked closely with Trapeze Media, who ran the summit social media campaign to live-tweet the event and each session, which allowed us to reach a wider audience on the day and beyond. It was my first experience in seeing how an expert in this field prepares content in advance ready for timed release before, during and after each session which all helped to guarantee our hit rate on the day.

The feedback from the event has been amazing, and continued to be so days after the summit finished.

"Not just saying this, but this is the best content I have had on any webinar. If I had known this was coming, I could have saved hours on pointless webinars!" Message from delegate during the event

The global reach and successful coming together of the event community was beyond something either of us could have imagined at the time of our first conversation. However we defined the key principals of the webinar and worked hard to achieve them - as experienced event producers you have a level of service and quality that you know you need to achieve, and you find a way to deliver it. We also knew that we were producing an event for our own peers, engaging with people we have worked with and had huge respect for, so the pressure of being on show was certainly at the forefront.

Most importantly, the event freelance community really came together on the day, and there was a huge amount of networking taking place through the platform, the social media and many messaging groups and dialogue in the chat and in the networking area.

My key learnings from delivering the event were as follows…

One key learning for us was to allow the event to be owned by the attendees, allow them to discuss, debate, and engage with one another, with speakers and with the event itself.

I could talk for much longer about what we did and why we did it, so if you are interested in discussing in more detail, then do get in touch.

Videos from all the sessions are available at www.theeventfreelancersummit.com/